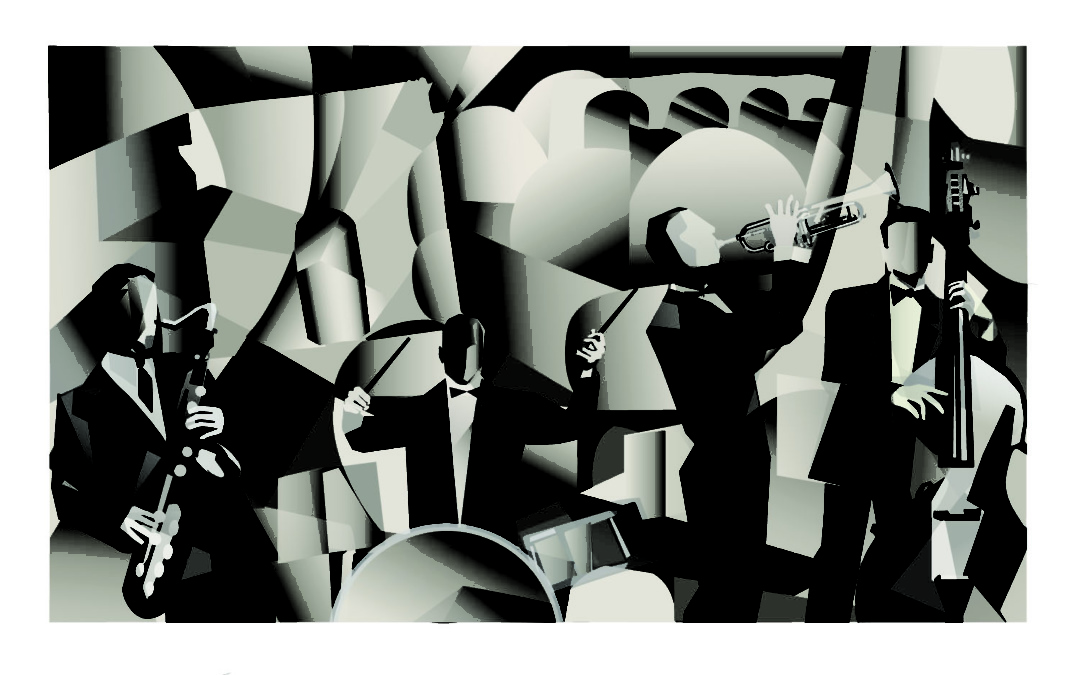 When you think of the Roaring 20s, probably the last thing that comes to mind is today’s controversial Al-Jazeera television station, based in New York City. However, Al Jazeera presently occupies a “stage” that used to belong to jazz legends like Benny Goodman, Glenn Miller, Woody Herman, and Bob Crosby. That stage is part of the now-defunct Terrace Room, which was once one of the most glamorous night spots in the Big Apple.

The Terrace Room was perhaps one of the more successful business ventures attached to the New Yorker Hotel, which opened just in time for the Great Depression and struggled to keep its doors open. Management often ordered the lights in vacant rooms left on in order to give the appearance that the hotel was doing a thriving business, but the New Yorker filed for bankruptcy in 1966. Before that sad day, however, the hotel boasted more televisions under one roof than any other building in the world (1948), operated the dining services at LaGuardia Airport in the Kitty Hawk Bar and Grill, and proudly hosted a 50-chair barber salon.

During the second World War, the New Yorker was filled with service personnel who enjoyed the night life in the Terrace Room and the luxuries and hospitality available throughout the hotel itself. Many soldiers enjoyed reminiscing about their time there so much that they would dub their dugouts on the war front “The New Yorker” with hand-painted signs. When the Terrace Room was in its heyday and Benny Goodman was often in evidence, the hotel broadcast concerts four nights a week, bringing jazz and swing to millions of homes across the United States and into those dugouts via the American Forces radio network.

In front of the stage where Goodman and others performed, a retractable floor hid a small ice stage. At times, the hotel would host an ice performance in conjunction with the musical concert, and this was the case for Goodman and his band when they played at the Terrace Room during that time.

Today, the Terrace Room is nothing but a memory. The revolving brass door that once opened into a terraced room with its central, focal ice stage below now leads into television and recording studios. Next door is the long-defunct, vacant Manufacturing Trust Bank (MTC) and a vast wall of empty safe-deposit boxes that were, thanks to the Great Depression, mostly never filled. If you listen closely, however, you might hear the faint echoes of Benny Goodman, playing tunes requested by diners eating lobster while watching one of the most glamorous shows available at the time.

The New Yorker was purchased in 1976 by the Unification Church, who used part of the building as a world mission center. The New Yorker and 1,000 rooms in the original building are now operated by the Wyndham Group. You can listen to Benny Goodman and other musicians from that era in the lobby museum.