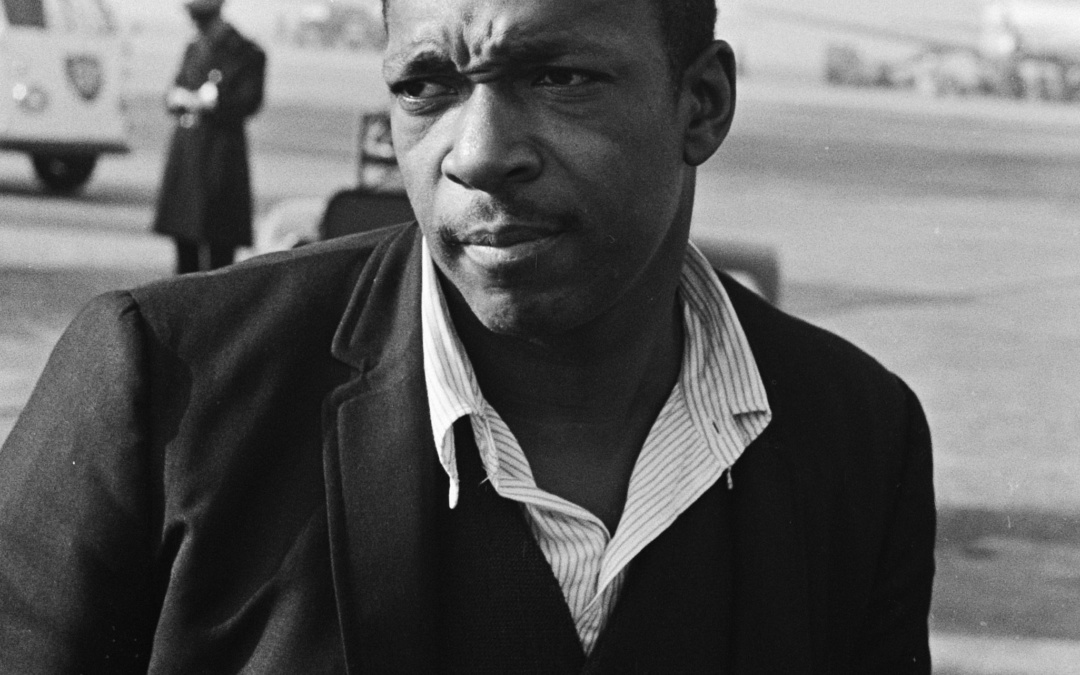 More than 50 years ago, John Coltrane, Jimmy Garrison, Elvin Jones, and McCoy Tyner packed up their instruments after a long day in the Van Gelder Studio and headed for home. They were tired, having recorded for hours in the studio space. They probably were a little light-headed, a little sick of each other, and maybe a little discouraged, since the session tapes from that day ultimately were shelved and eventually destroyed in the 1970s as part of a cost-saving measure at Impulse! Records. Clearly, Coltrane, who must have received a copy of that session since it turned up in his wife’s estate half a century later, wasn’t too impressed with the content since it never hit the airwaves and, as far as anyone knows, the recording was never played again.

Fortunately, Juanita Naima Coltrane, who was Coltrane’s wife from 1955 to 1966, shelved the tape herself. Although Juanita Coltrane died in 1996, 22 years later her family members found it while cleaning out part of her old estate. The family released the session tape and allowed the world to enjoy not one but two entirely unknown compositions as well as another five unheard renditions of other tracks. The album was released under the title Both Directions at Once: The Lost Album and consists entirely of takes from that day in 1963.

The owner of Van Gelder Studio, Rudy Van Gelder, was known for his fastidiousness when it came to recordings and production. It is no surprise to jazz historians that Van Gelder played a key role in the creation of the copies of the performances that day and the duplicate recording that ultimately preserved those performances. Van Gelder was known for his secrecy, including hiding multiple microphones throughout the studio to capture as much of the “warmth and intimacy of live jazz performances” as possible in his recordings. One historian, David Simons, writes, “If someone took a photograph in [Van Gelder’s] studio, he would move the microphones around first so no one could steal his secrets.”

The studio was home to many Coltrane recordings, as the musician was very fond of Van Gelder’s physical layout and recording process. Coltrane recorded the released Both Directions at Once there, as well as John Coltrane and Johnny Hartman and A Love Supreme. The newly released Both Directions album has been widely hailed as a showcase of “an epochal band in its prime” (as music critic Giovanni Russonello wrote) and a production that captures “the breadth and energy of [the group’s] live performances.” Thank goodness we only had to wait 50-plus years to hear it.