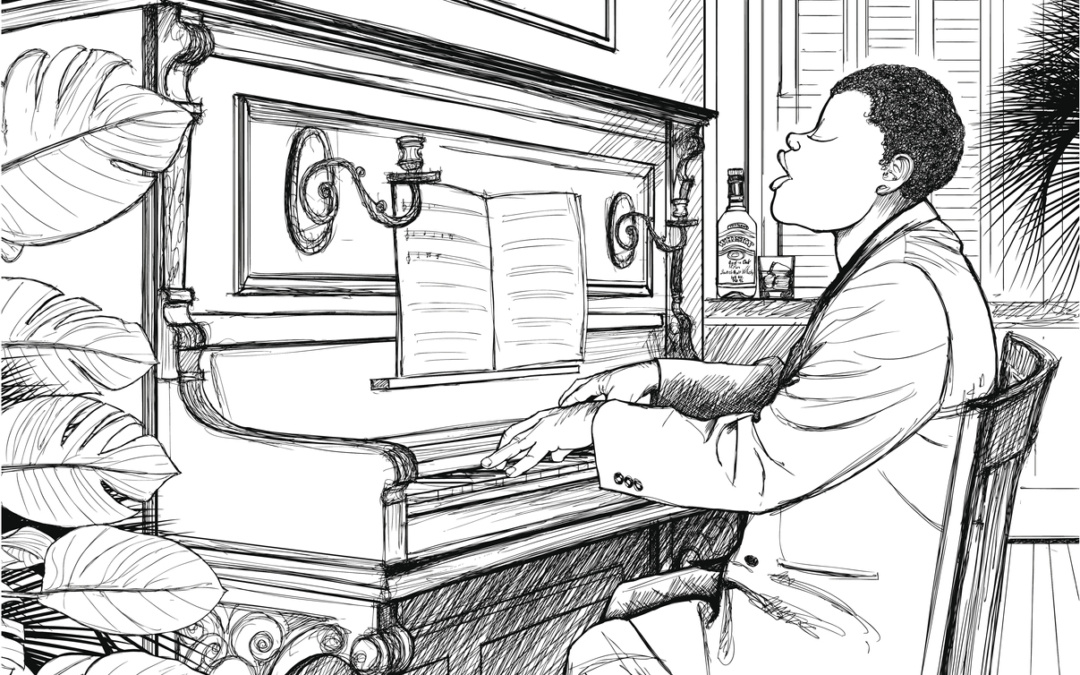 Eubie Blake was an American ragtime pianist whose groundbreaking collaboration with singer and lyricist Noble Sissle ultimately yielded a number of hits, made vaudeville history, and resulted in the debut of the first all-black Broadway show to play for full Broadway prices.

Blake is best known for his songs “I’m Just Wild About Harry” and “Love Will Find a Way.” Many argue that Blake was part of the foundation of the Jazz Age of the 1920s.

Read on to learn more about Eubie Blake and why we love his work so much.

Jazz legend has it that Eubie Blake, born James Hubert Blake around 1887, wandered into a music shop at the age of four, climbed onto the bench of an organ, and started to play. His mother, a former slave named Emily “Emma” Johnstone, found him and was informed by the store manager it “would be criminal” to deprive Blake of the chance to “make use of such sublime, God-given talent.” Blake’s parents purchased a pump organ through weekly payments of $0.25 a week, and Blake began taking lessons from an organist at the local Methodist church starting around age seven. By 15, he was playing in a Baltimore bordello, where he was eventually offered a spot at Gan’s Goldfield Hotel, owned by world champion boxer Joe Gans. Blake would play winters at the Goldfield and summers at clubs in Atlantic City.

Blake entered the ragtime scene during World War I and met Noble Sissle, already a vaudeville performer, shortly after the war. The two teamed up to form a vaudeville musical act called the Dixie Duo, which was unusual at the time because they did not wear blackface or use an exaggerated dialect. They began work on their Broadway Musical, Shuffle Along, and it opened at the end of May in 1921. The production closed after more than 500 performances and is considered to be a major contributor to the Harlem Renaissance because it opened the way for a number of other, similar shows. The two continued to compose and perform, writing scores for USO shows during World War II.

Blake made a comeback in the 1960s after appearing on an NBC special titled “Those Ragtime Years.” He began touring the United States and Europe, appeared on major television variety programs like Johnny Carson’s The Tonight Show, and was showcased in the hit Broadway show, Saturday Night Live, Eubie! He played and recorded up to his death on Feb. 12, 1982. He allegedly had just celebrated his 100thbirthday, since Blake began to claim later in life he had been born in 1882 instead of 1887.

Blake’s legacy is far-reaching thanks to his collaborations with Sissle and groundbreaking show Shuffle Along. He received the Presidential Medal of Freedom from President Ronald Reagan in 1981 and was inducted into the American Theatre Hall of Fame in 1995. Blake received honorary doctoral degrees (some posthumously) from Rutgers University, Dartmouth College, the University of Maryland, Morgan State University, and Howard University between 1974 and 1982. He also was awarded the Johns Hopkins University George Peabody Medal in 1980 and was nominated for a Grammy Award in 1969.