In About 6,000 Years, the Future Will Hear Jazz Great Artie Shaw 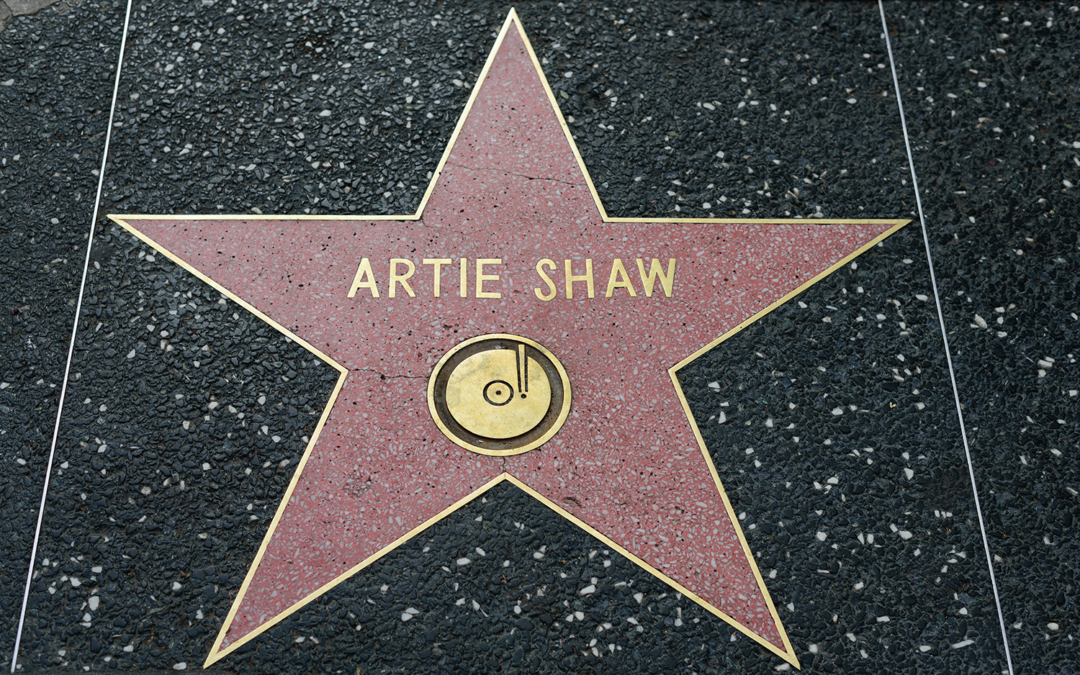 Assuming there is anything left on the planet in the year 8113, the smooth strains of jazz great Artie Shaw could waft through the futuristic sound systems of Atlanta, Georgia, in the spring of that year. Six of Shaw’s recordings are part of the extremely eclectic mix of items sealed in the Crypt of Civilization at Oglethorpe University. The crypt is widely considered to be the first conventional time capsule, and its open date is May 28, 8113.

So how did Artie Shaw get into this time capsule, and who else is in there with him? Shaw himself is regarded as one of the finest clarinetists in jazz history and was in his heyday in 1936, when the capsule’s contents were assembled and then sealed behind a welded-shut, stainless-steel door in the basement of Oglethorpe University’s Phoebe Hearst Hall. In 1936, Shaw had not yet released his recording of Cole Porter’s “Begin the Beguine,” which led to the clarinetist’s swift ascension to pop-icon status, but he had been performing with some of the country’s most popular big bands. Shaw had also gained attention in 1935 for his unusual instrumentation, including the decision to play backed only by a rhythm section and a string quartet in some concerts.

Interestingly, Shaw is only one of two named musicians in the crypt, although the official documentation of the contents indicates that multiple “miscellaneous” records are also included in the vault. The other musician is composer Richard Himber, who was an American bandleader, composer, violinist, magician, and practical joker. Shaw may have made the list because, like Himber, he was a multidisciplinary artist. In addition to playing the clarinet, Shaw was a composer, bandleader, author of both fiction and nonfiction, and actor. He also enjoyed studying advanced mathematics.

The Crypt of Civilization is the brainchild of Dr. Thornwell Jacobs, now regarded as “the father of the modern time capsule.” Jacobs, a historian himself, was routinely frustrated by the lack of accurate information about ancient civilizations. He conceived of the crypt as a way to create a permanent record of life at the time the crypt was sealed, in 1936. Jacobs included everything he could think of to help the future civilizations gain an accurate view of his world, including hundreds of newsreels and recordings, a device to teach English to whomever or whatever opens the crypt in 8113, and myriad items from daily life including a piece of lucite, a “Toastalator (electric),” a pocket watch, clothing, hair pins, dentures, and a plastic flute.

Artie Shaw’s recordings, along with the rest of the items in the crypt, are sealed in a room 20 feet long by 10 feet high by 10 feet wide. The room rests on bedrock beneath two additional feet of stone and is lined with porcelain enamel plates embedded in pitch. The stainless-steel door is welded shut, and no valuables such as gold or gemstones were included so as “not to tempt vandals.” Fortunately for that future civilization, whatever it may be, a record player is included in the inventory. We just hope, for their sake, they know