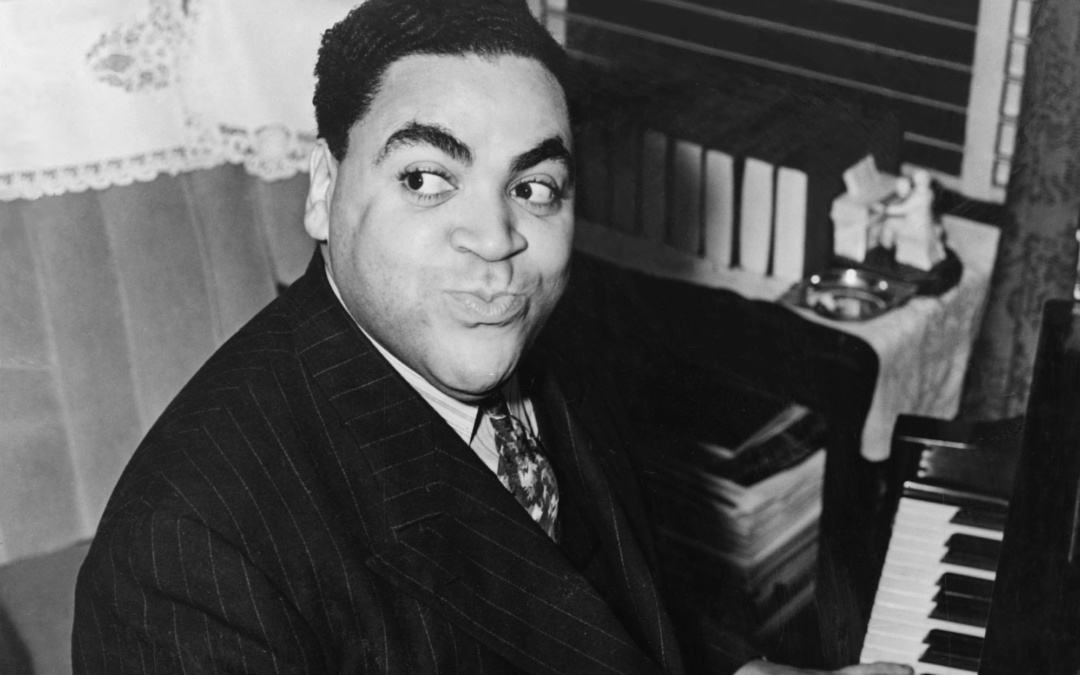 Fats Waller, composer of “Ain’t Misbehavin’” and “Honeysuckle Rose,” was one of the most prolific jazz musicians of his time. He copyrighted more than 400 songs and was described by collaborator Andy Razaf as “the soul of melody.” Sadly, Waller died at the age of 39, officially a victim of pneumonia, although many historians believe heavy drinking weakened his immune system and made him susceptible to infection.

While everyone has heard Fats’ Grammy-award-winning tunes “Honeysuckle Rose” and “Ain’t Misbehavin’”, not everyone realizes there was a lot more to this popular performer. Here are three unusual facts about Fats Waller you probably didn’t know.

#1: His great-grandson is a professional football player.

Darren Waller, who plays tight end for the Oakland Raiders, is Fats’ great-grandson. Darren Waller played college football at Georgia Tech, and was drafted in the 6th round in the 2015 NFL Draft by the Baltimore Ravens. Unfortunately, the player has struggled with substance abuse since 2016, but in 2018 he was signed to Oakland and played that season and the one following. He is presently active on the Raiders’ roster.

#2: Fats was kidnapped as part of a surprise for Al Capone’s birthday.

After a 1926 performance in Chicago, Waller was forced into a car at gunpoint by four men. They took him to Al Capone’s Hawthorne Inn, pushed him toward a piano with a gun to his back, and told to play. It turned out Waller was a “surprise guest” for the gangster’s birthday party, and Fats performed for three days before being tipped and released.

#3: He was the first African-American songwriter to compose a hit Broadway musical for viewing by a mostly-white audience.

During Fats’ lifetime, music was nearly as segregated as the rest of society. Being an African-American musician might mean one performed for audiences with mixed racial demographics, but composition was generally still a segregated issue. Therefore, it was highly unusual and truly groundbreaking when Fats was hired to create the musical Early to Bed in 1943. Waller was initially asked to perform in the musical as a comedic act but was soon hired to compose as well.

Unfortunately for his estate, Waller sold the rights to the music for $1,000 while drunk after threatening to leave the production entirely if the producer would not buy them. Acquaintances reported this was “typical” of Waller’s behavior when drunk and that he would often sell off the rights to his compositions for quick cash. As a result of that forced sale, Waller was removed from the performance side of the show and retained only as a composer because the producer felt his drinking made him too big of a risk to a production with eight performances a week. Waller died less than a year later after contracting pneumonia on a train.